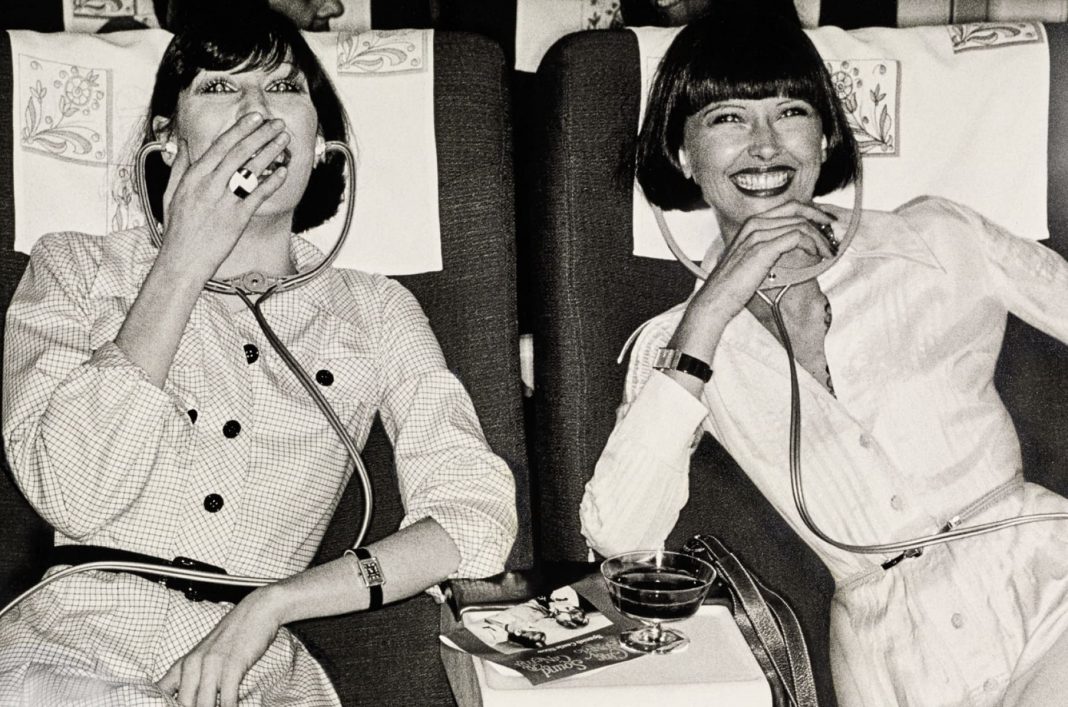 A hundred years ago, amidst the Roaring Twenties of post-war ‘vivre sa vie’ and fanciful flappers, Aeromarine Airways took a touch of Hollywood onboard. In 1921, ‘Howdy Chicago’ was projected onto the front wall of the passenger cabin as the Aeromarine airplane flew around Chicago, making history in the world of air travel.

Inspired by Aeromarine’s bold step into the future, Imperial Airlines followed suit with ‘The Lost World’ shown to their passengers on a flight from London to Paris in April 1925. However, it wasn’t until eleven years after ‘Howdy Chicago’ that the first in-flight television called ‘media event’ was shown on a Western Air Express Fokker F.10 aircraft in 1932.

Despite a number of airlines pushing forward into the future of Inflight Entertainment, it finally took to the skies and became mainstream, growing in popularity in the 1960’s. Product developers were really starting to consider new ways of reaching an onboard audience whilst addressing the technical restrictions of being inflight.

In 1961 David Flexer of Inflight Motion Pictures developed the 16mm film system using a 25-inch reel for a wide variety of commercial aircraft. Capable of holding the entire film, and mounted horizontally to maximize space, this replaced the previous 30-inch-diameter film reels. Initially audio was played back through pneumatic headphones from 1963 and later switched to electronic headsets in 1979 but were initially reserved for premium cabins. Some were slower than others with Delta Air not making the switch to electronic until 2003!

With momentum building, the race to create the next best thing in inflight entertainment was on with the hopes of offering customers an elevated service at the top of the airlines’ priorities. TRANSCOM developed the 8mm film cassette which meant flight attendants could change movies inflight and add short subject programming, and in the late 1970’s-80’s CRT – based projectors began to appear on newer wide-bodied aircraft with monitors mounted on the upper sides of the cabin above the passenger seats with several monitors placed a few seats apart from each other. These in-flight movies were played back from LaserDiscs or videotape, using early compact transistorized videotape recorders made by Sony.

Today, in-flight entertainment is offered as an option on almost all wide body aircraft, but surprisingly airline logistics still haven’t created a solution to ensure all narrow body aircraft can also fulfil inflight entertainment demands. This is mainly due to the aircraft storage and weight limits. Having said this, there are a number of airlines that have made their own alterations with a number of international and national American airlines equipping their aircrafts with video screens at every seat.

In 2000, JetBlue pioneered the integration of screens in every seat. Now, aware that passengers travel with smartphone and tablet, the American airline offers the “Multi Screen Experience”, facilitating binge watching and surfing in parallel at the highest quality on all devices. Additionally, Boeing 757 became the first narrow body aircraft to widely feature both audio and video.

With the development of the internet and Bluetooth, both the means and the content of IFE offerings have reached a home from home standard, with a world of entertainment waiting for passengers to delve into. Bluetooth earphones have made for easy listening and top-notch sound quality with Safran Passenger Solutions cracking the code for Bluetooth Audio congestion during flight, enabling each passenger or seat to be connected at the same time, controlling power, antenna direction, and protocol without impacting the connection for others. 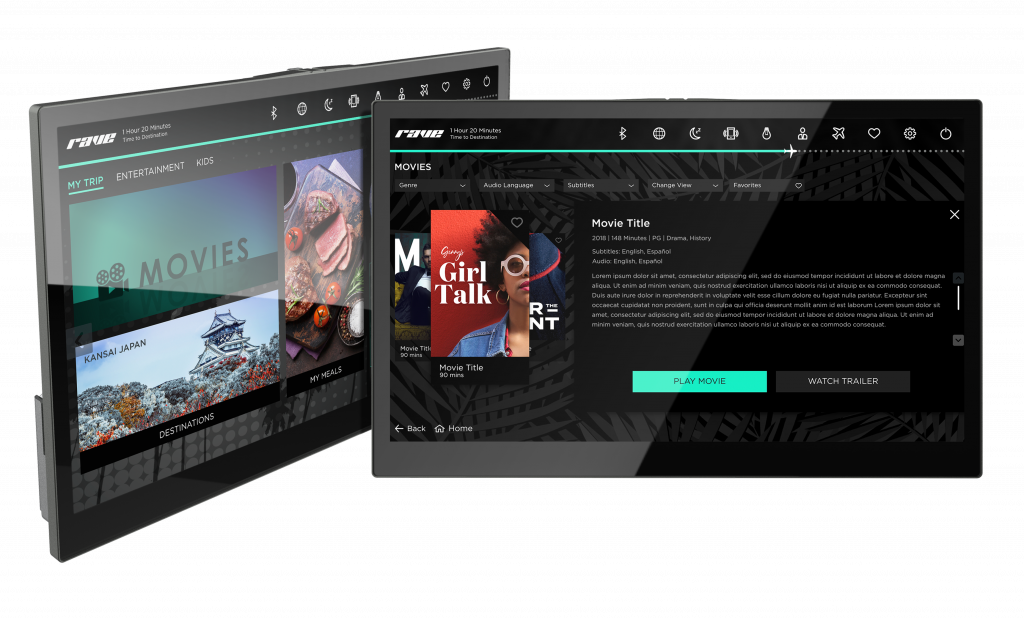 The technology of IFE has moved at lightning speed in the last two decades, and in an ever-changing world the nature of Hollywood movies certainly has too, with tv shows via streaming services dominating the entertainment market. With so much on offer via Netflix, Amazon Prime, Now Tv, Apple Tv, Disney Plus, Hulu… (the list goes on), and most people having these apps via their smart devices, how will airlines ensure they are delivering fresh new IFE to ensure their investments are worthwhile and remain relevant? Will the next step be to introduce gaming onboard with Xbox, Playstation or even Oculus as part of the entertainment package? The tech is ready, but are the airlines?