After the long lockdown, due to the consequences of Covid-19 and the progressive normalisation that is still underway, the Bottega Prosecco Bar registered the first reopening.

In June, the facilities at Malpensa airport, at Belluno station and those hosted on the Cinderella and Amorella ships of the Viking group, which operates in the Baltic Sea, resumed operations.

On 24 July the Prosecco Bar in Rome Fiumicino reopens. The restaurant, inside the “Leonardo da Vinci” airport, is located in the Avancorpo T3 area, reserved for international flights. The infrastructure has significant distinctive features, both in the general architectural image and in the quality of the internal environments. This space during 2019 recorded a sales success that led to an expansion within a few months.

Also in July, the Bottega Lounge in Seoul resumed its activity, which reflects the philosophy of the Prosecco Bar with an autonomous format. The restaurant is located in Gangnam-Gu, the VIP district of the South Korean capital, which has been chosen as a film set for numerous movie. The financial district of the city is also located in this area, where the boutiques and stores of the most famous international brands are located.

To better manage the reopenings, the Bottega company, in agreement with its partners with whom it shares the project, has developed a safety protocol that draws in part from the experience in hygiene management both in the cellar and in the distillery. Specifically, the premises have been equipped with aeration systems with sanitized air, an effective barrier against any type of virus. The staff received specific and detailed training on the topic which has become a primary part of the training and which is repeated periodically. Each table is sanitized from time to time before the customer sits down, and is also equipped with a special sanitizing bottle, available to customers. The staff wears the protective mask, which is provided inside the structure to customers without it. Lastly, not only the surfaces and spaces of the room are sanitized on a daily basis, but also the clothes of the staff.

The gastronomic proposal is the same that has decreed the success of the format and that consists in combining the foods and dishes of the Italian tradition with Prosecco and with the other wines and spirits from Bottega company. The naturalness and genuineness of the ingredients are highlighted, which even more than in the past represent an important added value. 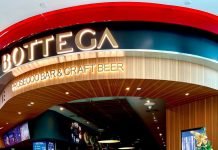 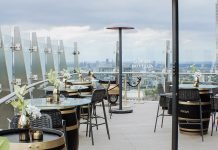 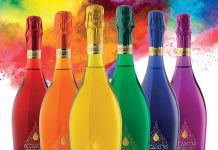