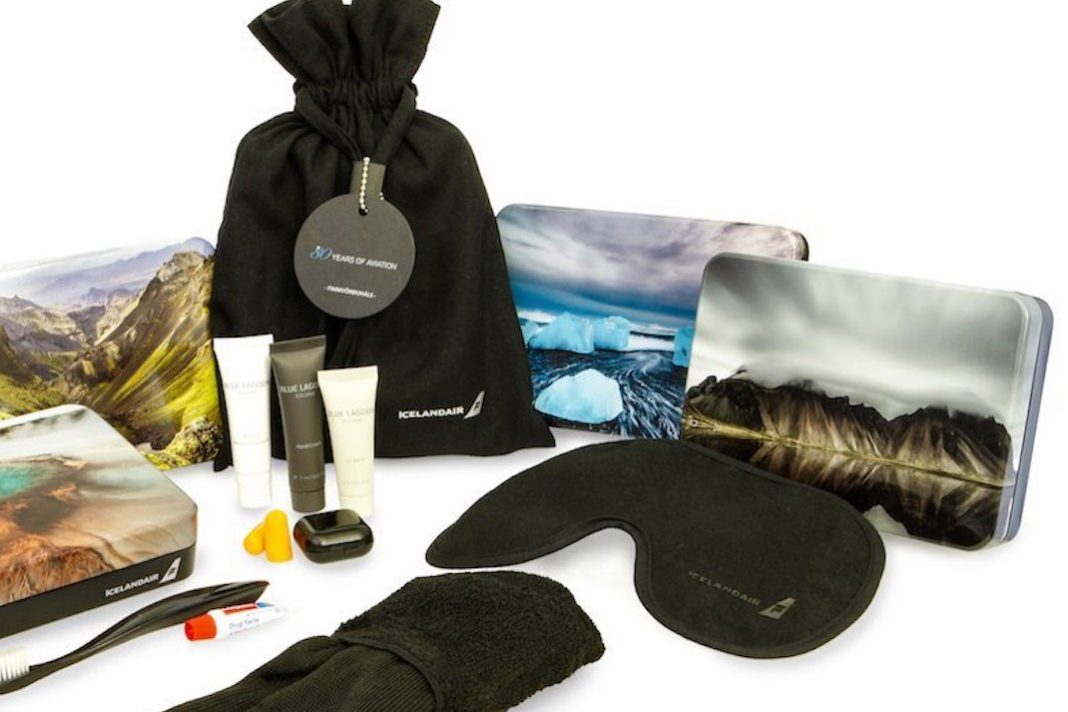 Icelandair and skysupply celebrate in style by launching a new, special amenity kits edition for its Saga Class in spring 2017

In 1937, the fledgling airline Flugfélag Akureyrar was founded on the north coast of Iceland. 80 years later, the country’s national carrier Icelandair is an established airline with an excellent international reputation and route network. By introducing the new amenity kits from spring 2017, the airline celebrates its anniversary in style.

Skysupply contributes to this special edition with its experience in designing and producing high end, creative amenity kits for airline partners. Wolfgang Bücherl, Managing Director of skysupply speaking with Amenities said  “We are very delighted to be part of Icelandair’s jubilee celebrations and compliment the national carrier on its long-term success. It is our pleasure to work with such an established airline and we are looking forward to an ongoing visionary cooperation”. 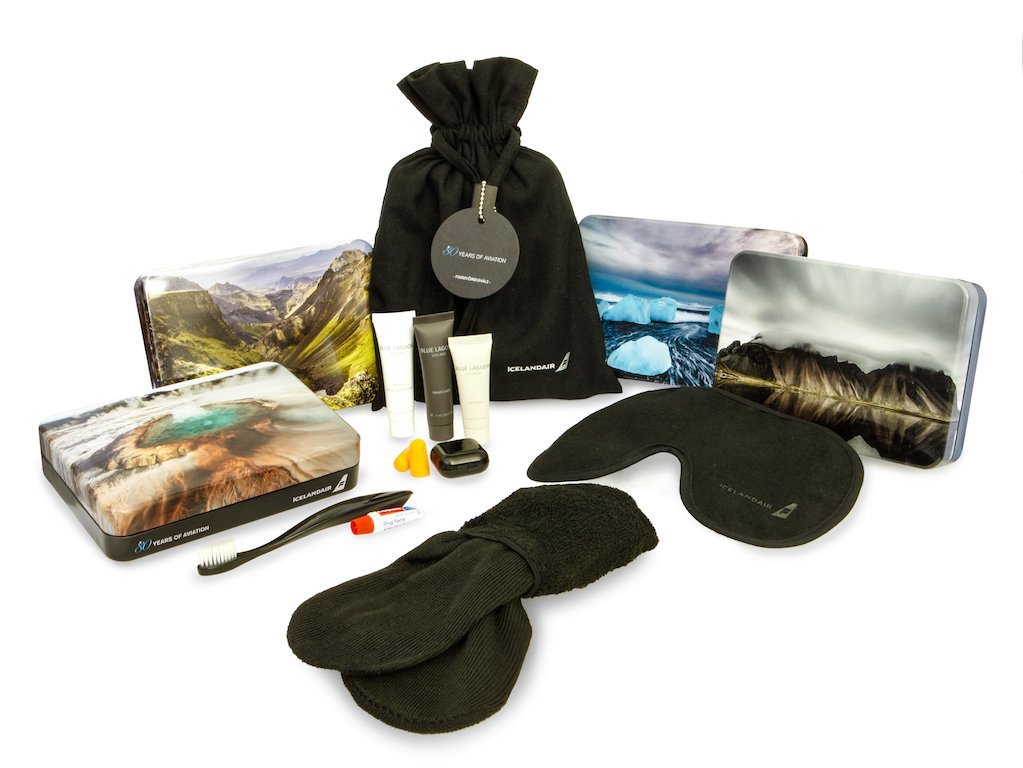 Iceland is one of those countries that automatically triggers off certain images in one’s mind. The beautiful and dramatic landscape that the island has to offer year round, is distinctive, and makes a popular travel destination for people from all over the world. This unique selling point, the stunning nature, is now captured in the airline’s new amenity kits, which come in the form of branded cans and will be distributed in Icelandair’s Saga Class.

There are four different signature motifs representing the destination’s variety and adding to the after use – the kits can be kept as collectors’ items or used for storing small items. The frequent traveler will not only experience some alternation in regards to the design of the cans, but will also be delighted with the boxes’ content: a dental set (tooth brush and tooth paste), earplugs, socks, a comfortable, extra large eye mask, and a collection of Blue Lagoon cosmetic items (hand cream, mineral moisturizer cream and lip balm) are included. Except for the cosmetics and the cans, an elegant black dominates the color concept. To round up the jubilee edition, another local reference was made by cooperating with the exclusive Blue Lagoon Iceland cosmetics company. The products’ valuable ingredients such as silica, mineral salt, and algae are sourced from Iceland’s Blue Lagoon, which is a landmark of its own.

Skysupply and Icelandair are very excited to launch this new and special edition – not only as a tribute to the airline’s anniversary and the country’s beauty, but  also as a special thanks to its loyal customers and first time guests on board.