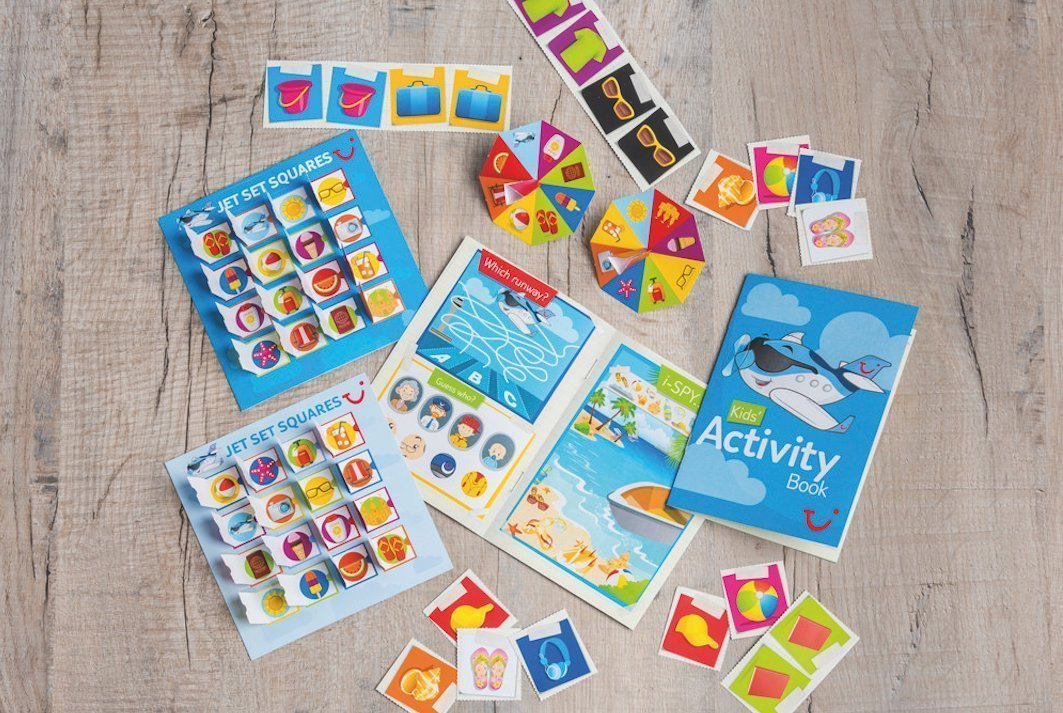 After two years entertaining young travellers on TUI Group’s airlines, Milk Jnr’s & Kidworks – the agency that specialises in creating engaging kids activity packs for some of the world’s biggest companies and family brands – has updated the in-flight pack that it created and launched back in 2015. 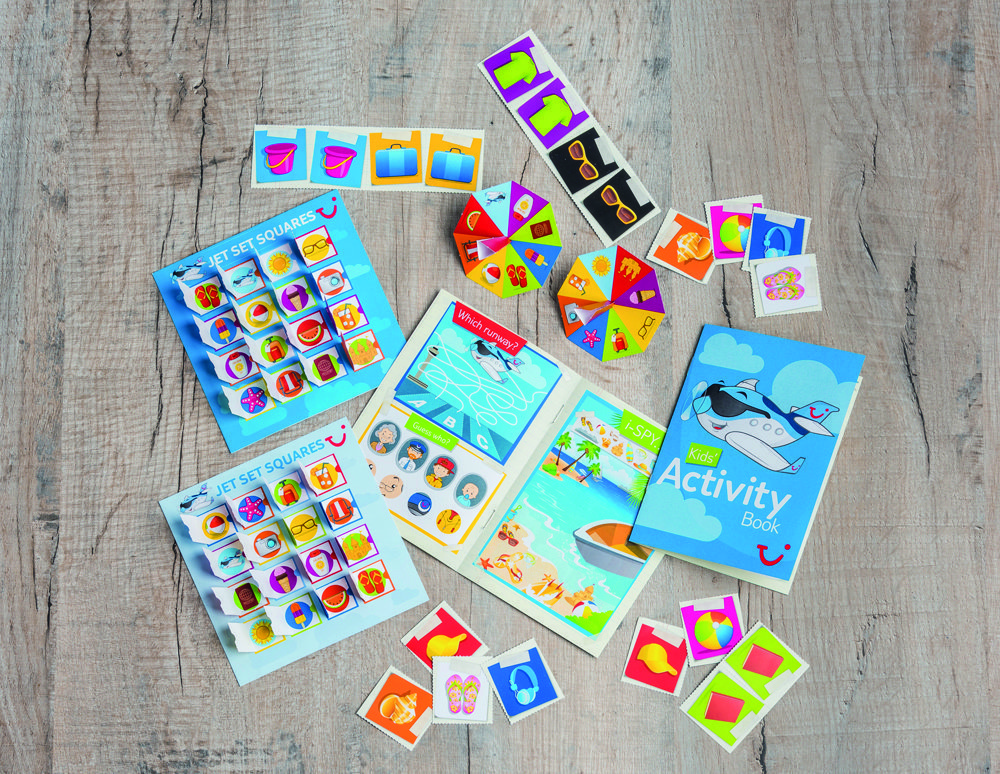 The Milk Jnr’s & Kidworks team’s initial project was to create a pack that included a mix of activities so there was something to keep children from two to 10 years entertained. The pack has been on board TUI Nordic, TUI Netherlands, TUI Belgium and TUI / Thomson Airways in the UK.  The agency launched a main pack for short haul flights as well as a long haul pack that included extra features. However, the revamp has seen the two packs merge into one. The new combined pack features a passport style activity book that children can fill out with information about their journey and holiday along with various holiday themed games and puzzles.

It also features a brand new set of ‘Perfect Pairs’ playing cards which have been designed and formatted to be used as a tray table game. Whilst ‘Jet Set Squares’ – a bingo style game – encourages family time and interaction as it can be taken away and used time and again.
Milk Jnr’s & Kidworks has once again incorporated multi-lingual game instructions in the pack. It has also made all the other activities intuitive based and language neutral. Claire Serdet – Product Manager, Inflight Supply Chain at TUI – said: “The packs were hugely popular with our customers when they launched back in 2015. This new and updated version builds on that success and I’m sure it will be a real hit with our young travellers and their families.” Whilst Gemma Drew – Account Director at Milk Jnr’s & Kidworks – added:  “We see the new pack as an evolution of the first and we’ve worked hard to keep TUI’s brand essence at the centre of every element.”