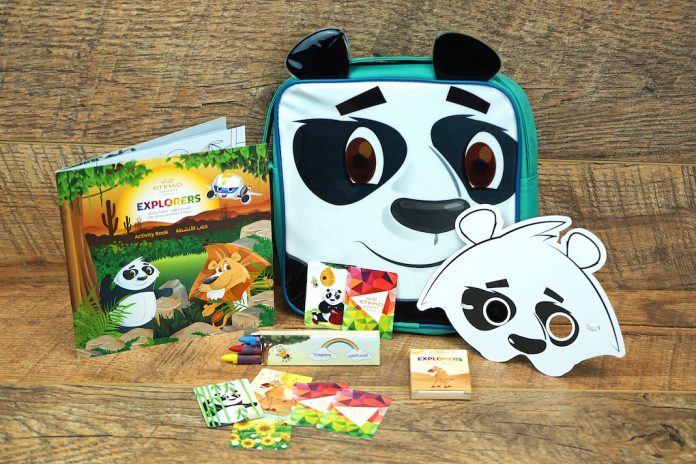 Etihad Airways has updated its hugely popular ‘Etihad Explorers’ children’s activity packs which have kept its younger guests occupied while inflight for the past two years. First launched in September 2016, Etihad Explorers is the airline’s children’s brand, featured on activity packs and meal items. It aims to instil a sense of excitement and anticipation during their journey.

Milk Jnr’s & Kidworks, the Manchester headquartered agency which specialises in creating engaging kids activity packs for some of the world’s biggest family brands, has revamped the children’s packs in various ways including changing the lead characters in the packs for three to eight year old passengers. Jamool the Camel and Boo the Panda take over from Kundai the Lion and Zoe the Bee. The aim is to create a new collectable that young children will engage and interact with – both onboard and post-flight. 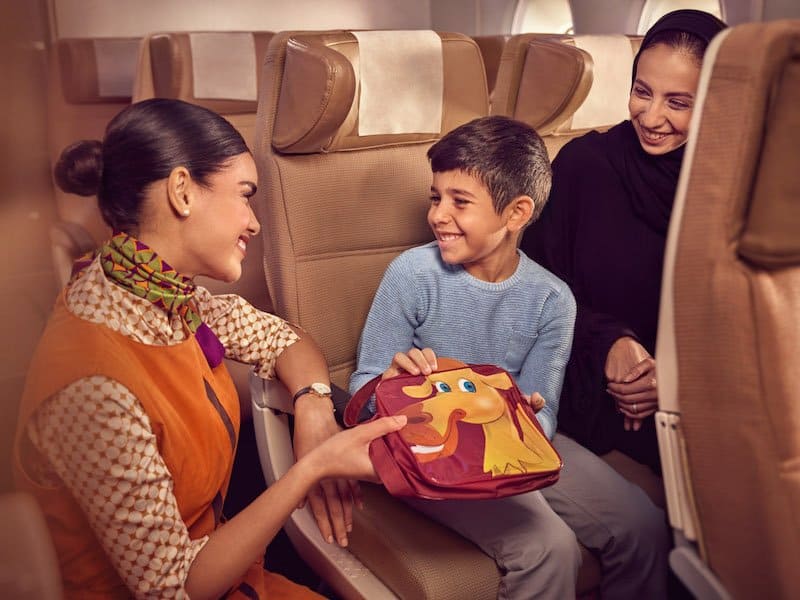 Zoe Telfer, Milk Jnr’s client services director, said: “Since their launch back in 2016 the ‘Etihad Explorers’ packs have been hugely popular. We didn’t want to reinvent the whole concept – this project was more about making subtle changes that build on the loyalty and love that young travellers have for the characters and activities.”

Jamal Ahmed Al Awadhi, Etihad Airways Head of Guest Experience, said: “Our young guests are tremendously important to us and we continuously strive to find more informative, fun and engaging ways to entertain them during their time with us.

“The refreshed packs are also a way of forming a lasting bond between them and Etihad Airways, making them more aware of who we are and where we fly to, and also enhancing their knowledge of important issues facing the planet. We have some exciting developments coming up in this regard.”

Inbound and outbound versions are still in use and vary in content. On inbound flights to Abu Dhabi, the collectable character bag contains an activity booklet, crayons, card games and a colour-in mask. The pack on flights from Abu Dhabi includes a unique suitcase board game which allows parents and children to play together, a foam version of Boo the Panda, colour-in postcards, crayons, and a handy waterproof travel wallet. Having a different pack on each leg ensures that children are kept entertained on both journeys.

For nine to 13 year-olds, the more mature activity pack has had design refresh based around an exotic seascape theme. Content includes Sudoku, mazes, lined notes and join-the-dot games. These packs also contain a pencil case, pencil, a dual-function bookmark and ruler, and a notepad.

Other onboard facilities for young travellers and their families include the dedicated ‘Just 4 Kids’ section on the Etihad Airways E-BOX inflight entertainment system, and a Flying Nanny on all long-haul flights. Flying Nannies were introduced in 2013 and provide an extra pair of hands to allow parents more personal time while they entertain the children.