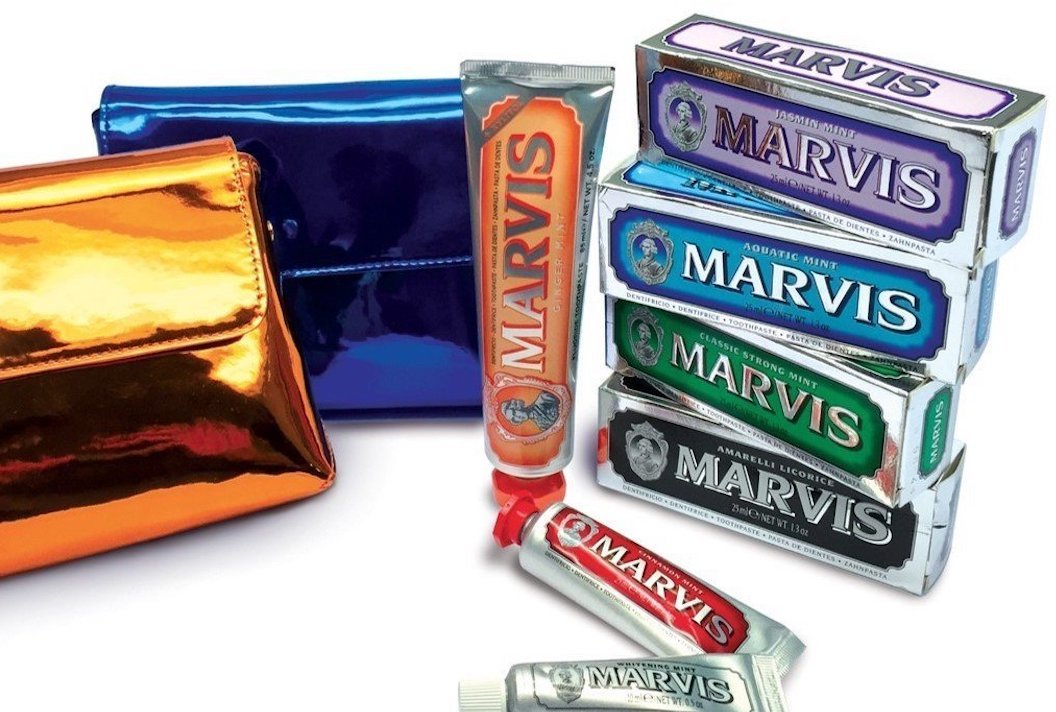 Marvis is the closest thing to a phenomenon there will ever be in the world of luxury-related toothpastes. For 60 years now, it has been revolutionizing and surpassing the traditional concept of toothpaste transforming simple daily gestures into a moment of pure pleasure. An evolution based on a traditional processing method that guarantees a dense and extremely compact texture which offers a maximum protection as long as an unmistakably fresh sensation.

Created in 1958 in Firenze, the italian scientist toothpaste and its Alum Stone whitening formula (the oldest on the market), was prized by a little circle of connoisseurs and originally sold in Perfumeries and pharmacies only.

In the 90’s, standing out on its trendy image the Martelli’s Family (owner of the famous italian shaving brand Proraso) developed the concept with a collection of 7 masterpieces of taste and up-to-date original flavors. Its new multi-faceted and modern interpretation seduced a curious and open-minded public and Marvis became in few years a must-have in every concept-stores and luxury shops.

With several billions units sold a year, Marvis is now distributed worldwide and you can find it in France and in most European countries, Italy, UK, Germany, Spain, Portugal, as well as in Russia, USA, Australia, Japan, Thailand, China and Korea

Albéa Travel Designer has been serving leading airlines since 2006, designing, manufacturing and delivering tailor made amenity kits from Business to First Class.